The Fabasoft Folio Distributed Transaction Manager is implemented on the basis of the XA protocol. 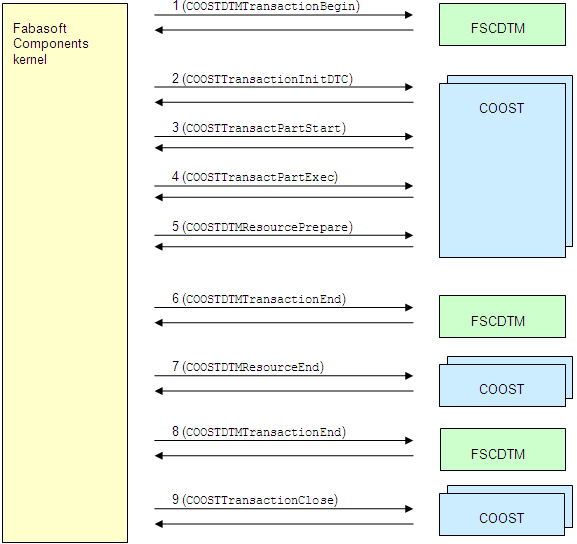 (3) COOSTTransactPartStart
Starts a new part of a transaction.

(5) COOSTDTMResourcePrepare
Prepares an involved resource for a “Commit”.

(7) COOSTDTMResourceEnd
Closes the local transaction of a resource with “Commit” or “Rollback”. Update of the cache.

(9) COOSTTransactionClose
Transaction is marked in the service as “closed”. RPC-transaction will be closed.

The filename of the log file is created the following way:
FSCDTM_<cooservice>.dtm  (e.g. FSCDTM_COOService_1_1190_2.dtm)

After this entry a list of distributed transactions follows. Each entry from the list can contain the following information:

A transaction is finished if it is closed or reset.

The color bordered part represents an entry for a transaction in the log file. The entry displays a transaction (T), which was initialized (I), prepared (P) and finally closed (C). Then the start time of the transaction is displayed followed by the global identification, the XID. In the line below the involved resources are mentioned. In this case these are the Fabasoft Folio COO Services with the instance numbers 1 and 2.

Blank till LENGTH_LOGENTRY-1 bytes are reached, followed by '\n'

Assuming that a distributed transaction has successfully prepared all involved transaction parts. Suddenly at “Commit” an involved database is not available anymore.

In the log file the following entry is created:

The first four letters show that the transaction (T) was initialized (I) and prepared (P), but neither a rollback (R) nor a commit (C) were performed.

It is also possible to access information about open distributed transactions via the DBA_2PC_PENDING view in the Oracle database instance:

Comparing the XID in the log file and the one in the DBA_2PC_PENDING view shows, that it is the same transaction and that this one has the “prepared” state in the database too.

Now the “C” shows, that the transaction has been closed.

The DBA_2PC_PENDING view does not contain entries about open distributed transactions any longer. 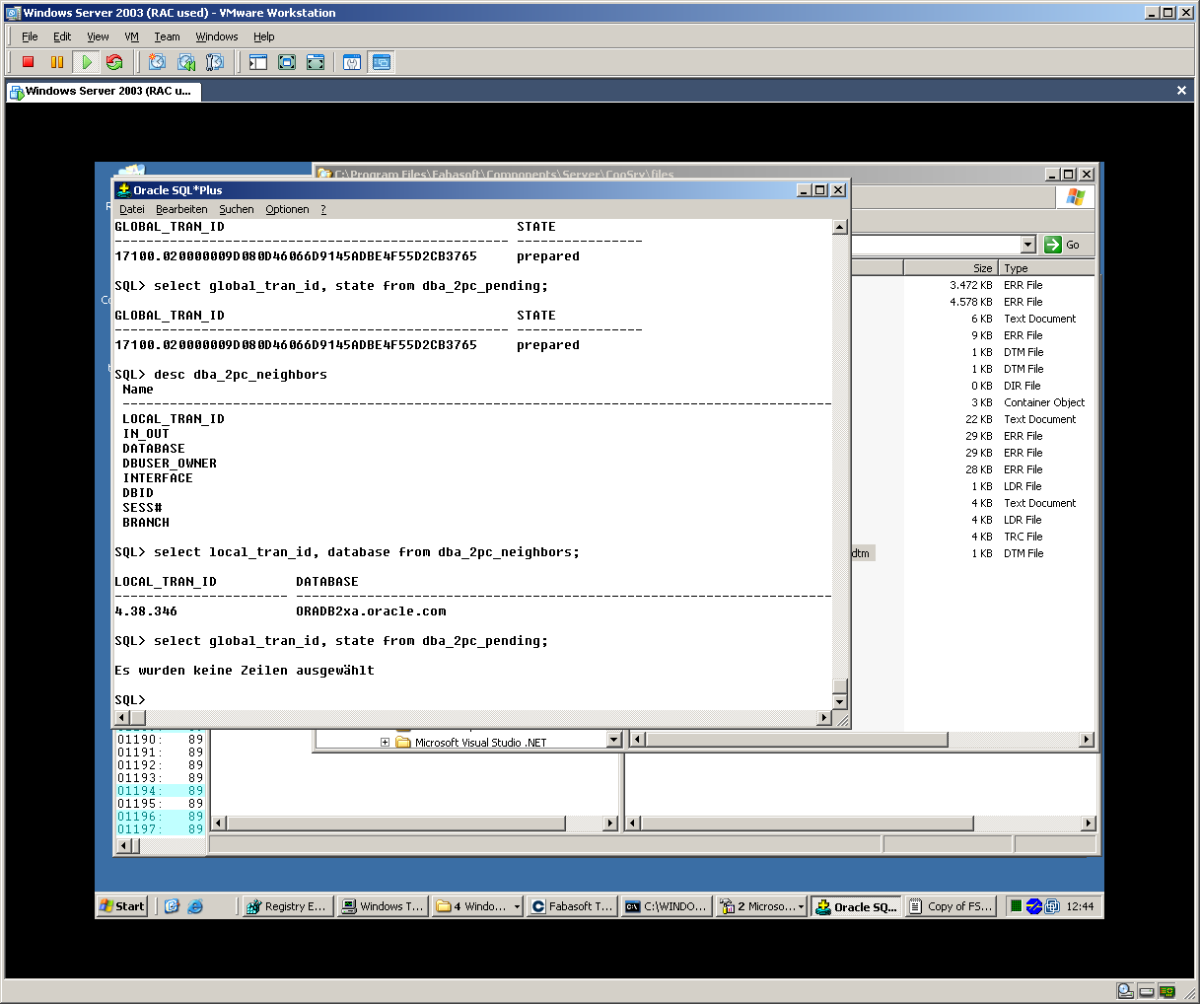