The Fabasoft product family is implemented as a distributed web application. The functionality of Fabasoft software products can be used via commercially available standard web browsers.

By means of the Fabasoft Folio Kernel, in the Fabasoft Folio Web Service the object model is available, object placement and access protection are defined and checked, properties are buffered, method calls are allocated and transactions are performed. 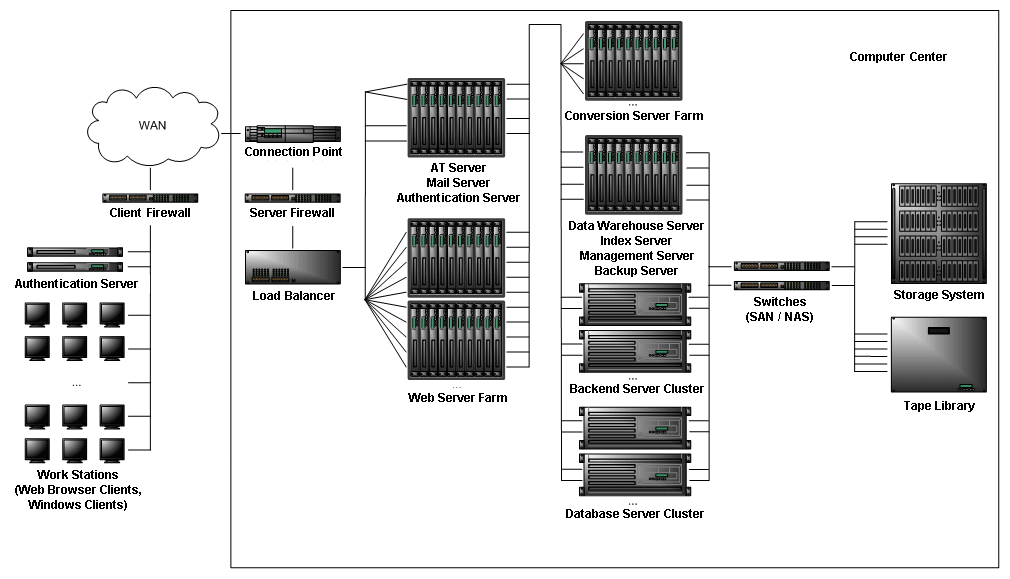